This year’s Spring Statement from the Chancellor of the Exchequer has been rather overshadowed by Brexit but hidden amongst the various promised consultations appeared an HMRC report titled ‘Tackling tax avoidance, evasion and other forms of non-compliance’

We thought we’d share with you our view as to where we are now and where HMRC are planning to go next.

Let’s begin by explaining what’s meant by tax evasion, tax avoidance and how they differ from tax planning, along with what non-compliance looks like.

In the broadest sense tax evasion involves cheating the taxman by committing fraud or not paying taxes through activities such as; deliberately not disclosing any or all taxable income, never being registered on the tax system and so on.

Over the last 20 years the lines of distinction between tax avoidance and tax evasion have become blurred. What was once seen as every taxpayer’s right to arrange his or her financial arrangements to minimise their tax liabilities is now seen as being almost unacceptable. There is no doubt that the scale of tax avoidance has grown exponentially. Hence the Government and Tax Tribunals have taken the view that anything which appears to thwart the intention of the tax legislation passed by Parliament will not succeed.

HMRC are at pains to point out in the report that tax planning, involving the use of tax reliefs for the purpose for which they are intended, is not tax avoidance. So saving in tax –exempt ISAs, contributing to pension schemes and claiming relief on capital investment are all legitimate forms of tax planning.

The term non-compliance means failing to meet some of the basic requirements of the tax system like filing Tax Returns and business accounts on time, ensuring that those Returns are accurate and paying the correct amount of tax on time.

Offshore schemes will be targeted

The Government’s stated aim has always been to narrow what it calls the ‘tax gap’. That’s the difference between the tax the Exchequer believes should be paid and what it actually collects. Each year it seems to introduce more measures to try to trap the deliberate tax evader or avoider. Even the unwary or careless taxpayer who makes mistakes in preparing his or her Tax Return or business accounts is a target.

April 2019 will see the introduction of the controversial Loan Charge which will impose severe penalties on those who entered into historical contractor loan schemes and who haven’t already taken steps to settle with HMRC.

The sums of tax involved in these settlement cases are truly eye-watering because HMRC has succeeded in something of a first by way of retrospective legislation – going back as far as 1999 to recalculate tax liabilities.

For many contractors caught up in these types of arrangement, many of which involved offshore schemes, it has been a bitter pill to swallow given that they were persuaded to join, at the time, because the arrangements were not seen as being tax avoidance. The less sympathetic, including HMRC, take the view that if something seems too good to be true, then it probably is!

Welcome to the new era of Making Tax Digital

Most VAT registered businesses are being mandated by HMRC to use the new Making Tax Digital (MTD) approach to filing their quarterly VAT Returns due after 5 April 2019. This is a sea change in the way financial data is being sent electronically to HMRC. In the future similar information will be used for calculating real time income tax and corporation tax liabilities.

Although the introduction of the same approach to other taxes is being phased in over the next few years, HMRC see MTD as being a way to ensure the delivery to them of timely and accurate tax data. HMRC has expectations that the use of bespoke accounting and tax software by small businesses will help reduce errors which in turn will help to reduce the tax gap which it believes is significant in the sector.

"For many contractors caught up in these types of arrangement, many of which involved offshore schemes, it has been a bitter pill to swallow given that they were persuaded to join, at the time, because the arrangements were not seen as being tax avoidance. The less sympathetic, including HMRC, take the view that if something seems too good to be true, then it probably is!"

HMRC are committed to stamping out tax evasion

The Government has committed to provide funding for HMRC to crack down on tax evasion. It has taken steps to tackle VAT fraud by overseas sellers through online marketplaces. In common with many governments the UK is very active in the exchange of information with overseas tax jurisdictions and the attempts to increase the transparency of tax havens worldwide.

The UK’s ‘hidden economy’ continues to receive attention from an increasing number of HMRC caseworkers and the increase in their powers to obtain third party information.

The report emphasised the ongoing vigilance and pre-emptive action which would be taken to combat tax avoidance through the use of offshore arrangements. It is clear that this is an area we can expect to see and hear more as each Budget is written.

So the message for contractors is simple - ensure that you are working with a compliant provider; avoid anything which offers instant wealth; don’t neglect simple and legitimate tax planning opportunities; file your tax returns and pay your tax on time then perhaps finally, you can sleep well at night! 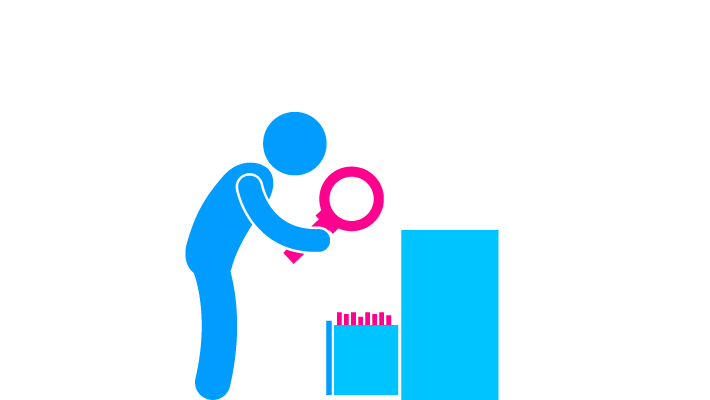 As a limited company contractor it is up to you to let HMRC know your income for the financial year 2017/18 and pay the tax you owe. This is done through a self-assessment Tax Return. We cover the mistakes people most commonly make when completing their Return and our tips on how you can avoid them.