Graduate recruitment is forecast to dramatically increase in 2014 with the highest level of vacancies since 2007.

A recent survey carried out by High Fliers Research, a marketing research company, conducted a study into graduate vacancies and salary levels from some of the UK's industry leading employers. Their findings indicated a very opportunistic future for 2014, with 11 in 13 companies arranging to take on graduates. The industries that are most affected by this growth are those operating in banking & accounting, retail, manufacturing, IT, and professional services.

Previous years were not always as optimistic for graduate futures, when back in 2008 graduate vacancies were slashed by 6.7%, then a further 17.8% in 2009. Slight recovery was seen in 2010 when vacancies were still cut by 12.6% then 2.8% in 2011. Although vacancy levels have fluctuated over the years, the average starting salary remained steady at an industry norm of £29,000.

It is not only graduates who are set to see an influx of job opportunities. The report also discussed the growing opportunities for paid work placements and paid industrial apprenticeships. 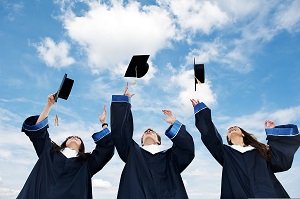