Is now the time to get a fixed rate Contractor Mortgage?

As the UK economy continues its steady path to recovery the UK sees jobless rates unexpectedly fall to 7.1%, which is a bigger drop than economists forecast. In the upcoming three months to November 2013 unemployment rates fell from 7.4% to 7.1% with many only forecasting to see a modest fall to 7.3% at most.

This recent drop to 7.1%, is just 0.1% greater than the benchmark that the Bank of England (BOE) set for reviewing the base rate in their Forward Guidance. Increased consumer confidence is forecast to continually rise as businesses capitalise on an increase in demand. It is factors such as these, along with the vast improvements in market conditions that have attributed to the economy potentially reaching the base rate benchmark early, given it wasn’t forecast to be reached until 2016.

The Bank of England's, Monetary Policy Committee (MPC) has already highlighted that the central bank has no immediate future plans for any rate rises and any such alterations would be eased in over time, even though unemployment is likely to fall to 7% any time now. Governor of the BOE Mark Carney, further settled any previous concerns to do with rate rises when he recently announced in the World Economic Forum, that the BOE are contemplating the withdrawal of their forwards guidance completely, following the rapid growth of the UK economy. He explained that the BOE are taking into consideration that fact that unemployment figures alone cannot be a true indicator of Britain's stability and capability to cope with an interest rate rise.

Nevertheless, although Carney has put in his best efforts to provide peace of mind in silencing the rate increase rumours, the Governor has done little to reassure lenders who are starting to edge up their longer term fixed rate mortgages, given expectations of what may happen over the next five year period. It would be wise for contractors seeking to purchase or re-mortgage this year, to do it sooner rather than later, if they want to remain in control of their repayment costs. Thus, this is the ideal opportunity for contractors to seek a fixed rate mortgage, of which, they can then capitalise from the somewhat low interest rates, if in the future the interest rate were to begin to rise.

2013 welcomed a dramatic drop in interest rates across a wide array of mortgages, tailored from Contractor friendly Lenders thanks to Funding for Lending, which has continued into 2014. A lot of our contractor clients are currently favouring fixed rate mortgages, so that in the case of uncertain interest rate fluctuations, the interest rate on the mortgage loan will remain fixed for a steady period. Pay rates can sometimes never be steady for contractors, so a fixed rate mortgage is a suitable option as repayments and term lengths are already predetermined. The mortgage can then be renewed if desired after the fixed rate term is up.

So what rates are available?

The IFA's at ContractorFinancials have highlighted a selection of very attractive fixed rate mortgages. Halifax for example are offering a 2 year fixed rate at 4.49%, with a 10% deposit and a £999 arrangement fee. For those with a larger deposit of 40%, Halifax offer a 2 year fixed rate at just 1.79% with a £1499 arrangement fee from the Lender but ContractorFinancials does not apply any costs for their advice giving you noticeable savings of over £500 compared to other brokers.

If you would like to get your fixed rate mortgage sorted, or would just like to speak to one of the award winning Advisers about the best option for you, call 0845 062 8888 and someone will be in contact shortly. 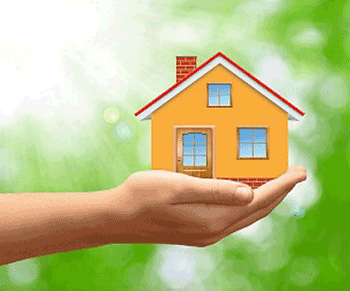