Globalisation, changing technologies and the increasing need for an agile workforce has altered the future of the workforce. This trend is ever more apparent with new graduates now opting for contractual labour over regular employment.

Online freelance job board e-lance recently conducted a survey with 1000 UK graduates which highlighted some surprising results. The survey revealed that 87% of graduates with first or second class degrees and 77% of graduates with lower class degrees both deemed freelancing to be a more attractive and lucrative employment path than permanent work. The ability to freelance for numerous companies was seen as the most attractive benefit with 69% appealing to the flexibility of this type of work and a surprising 31% claiming that pay rates were the biggest pull. Out of those surveyed, 28% liked the concept of being their own boss and 38% claimed that the variety of work on offer was an attractive factor.

The growing gap in skilled labour has been another pull for graduates into this form of work, with the demand for umbrella contractors and limited contractors on the rise. The future predicts a lot of pessimism with the traditional outlook on a 'job for life', with graduates believing they can now pull in much larger pay rates than they could with permanent employment.

With 2014 forecast to see an uprise in the level of temporary contracts, it can be both time and cost effective to ensure you are using a credible and complaint Payroll Company such as PayStream. More information regarding our services can be found here. 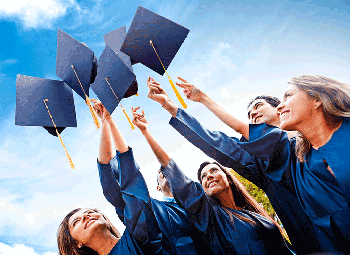