What is it and how does it affect agency workers

Last week the Government published new
Legislation known as the Onshore Employment
Intermediaries Legislation. Basically the
legislation, which comes into effect on 6 April,
makes agencies liable for the tax where any
"self-employed" workers placed by them are
found not to be genuinely self-employed.

What does control mean?

The legislation states that if a worker is subject to (or subject to the right of) supervision, direction or control of anyone in the contractual chain (e.g. the client) the worker must be taxed on an employed basis. It will be hard for agencies to get comfortable that there is no control without assurances from clients.

HMRC has produced examples and guidance to illustrate the meaning of control which reads:

Is someone overseeing a person doing work, to ensure that person is doing the work they are required to do and it is being done correctly to the required standard? Supervision can also involve helping the person where appropriate in order to develop their skills and knowledge.

Is someone making a person do his/her work in a certain way by providing them with instructions, guidance or advice as to how the work must be done? Someone providing direction will often coordinate how the work is done, as it is being undertaken.

Is someone dictating what work a person does and how they go about doing that work? Control also includes someone having the power to move the person from one job to another.

It remains to be seen whether the courts will agree with HMRC's interpretation but what is clear is that HMRC will take a lot of convincing that there is no control.

Which services may be affected?

The CIS scheme is a self-employed scheme and is within scope. Although the Government considered an exemption for CIS workers CIS has not been excluded. Any workers that stay in the CIS scheme will potentially be accruing liabilities for agencies from April.

Which services will not be affected?

An umbrella is a PAYE solution like agency payroll so the legislation will not affect these arrangements.

PSCs should not be affected by the legislation and IR35 will continue to apply.

HMRC has issued guidance to explain why PSCs will not be affected. The guidance confirms that if a worker withdraws profits from a limited company as salary (employment income), the legislation would not apply because income tax and NICs will already have been deducted. It will also not apply if profits are withdrawn as dividends, as this is a return on capital.

What are agencies doing?

Agencies are currently reviewing how their workers are paid. Because of the complexity in determining whether there is any control over a worker many have decided that the only compliant options going forward will be Agency payroll, umbrella or PSC. Workers in CIS or self-employed schemes may be ask to switch. 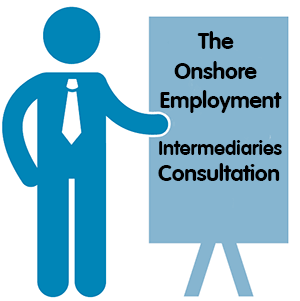